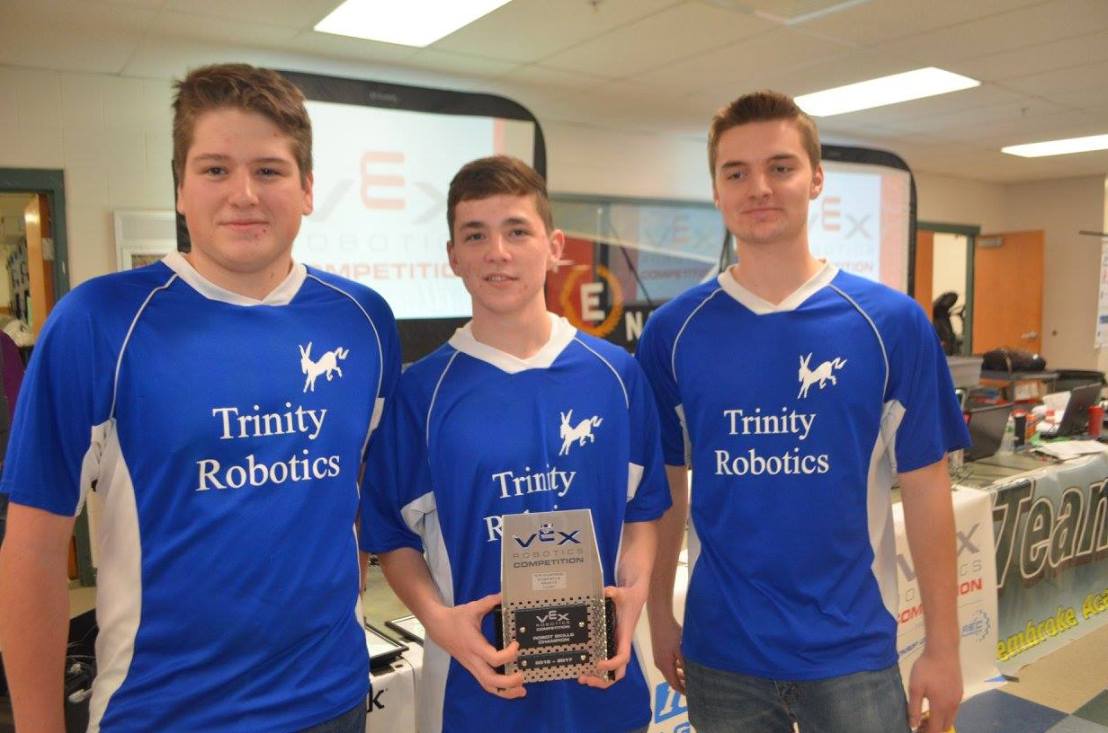 Established in 1997 as a FIRST Robotics (FRC) Team, the Trinity HS team was the 40th name on an alphabetized list of teams that season and became Team 40.  Twenty years later, Team 40 has become one of the better robotics programs in the country.  The team has been through numerous ups and downs.  Losing a sponsor can be just as devastating as losing a match. Although the team has won many tournaments over the past 20 years, there have been many more near misses.  The near miss at the 2017 Vex World Championship was almost too much to deal with.  Team 40 could be considered “the best second place team in the country.”

Last season, “The Big Meaty Claw”, Team 40B, went to the Vex World Championships as the 13th ranked team in the World Global Skills challenge.  Big Meaty competed in the Skills challenge at the WC and maintained its 13th place ranking, but was undefeated in match play.  40B was the 2nd seeded team in the Engineering Division and teamed up with 9090 from Arlington, TX and 134 from Pembroke, NH.  The Trinity alliance lost to the eventual World Championships in the rubber match of the semi-finals because a power expander failed.

This new season, will be Team 40’s 20th.   It may be a rebuilding season, as last year saw the graduation of 10 seniors.  As always, we welcome the challenges before us with the IN THE ZONE game.  We know the hardships will only make us stronger.  The students never cease to amaze me with their cleverness and hard work.